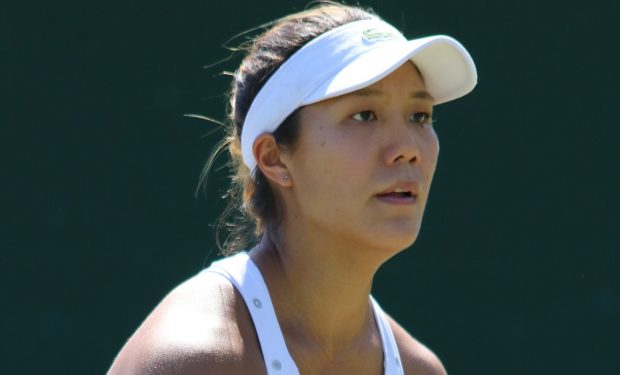 There aren’t many New York natives competing at the 2019 US Open but 27-year-old Kristie Ahn is one of them. Five years after graduating from Stanford University in 2014 with a major in Science, Technology and Society, Ahn reached her best singles ranking of world No. 105 earlier this year.

At the third round of the US Open, Ahn faces 22-year-old Latvian Jelena Ostapenko (2017 French Open winner) on Saturday, August 31 at 12:15 pm at the Grandstand in Flushing, Queens, New York.

When not on the court, the Ivy Leaguer likes to unwind and play the guitar (see video above). Many of her fellow tennis pro friends chimed in and sent words of encouragement including 2018 US Open winner, world No. 1 Naomi Osaka who commented: “Ed Sheeran is quaking.”

Kristie Ahn defeated Anna Kalinskaya (who upset Sloane Stephens in the first round) to advance to the third round of the US Open 2019.