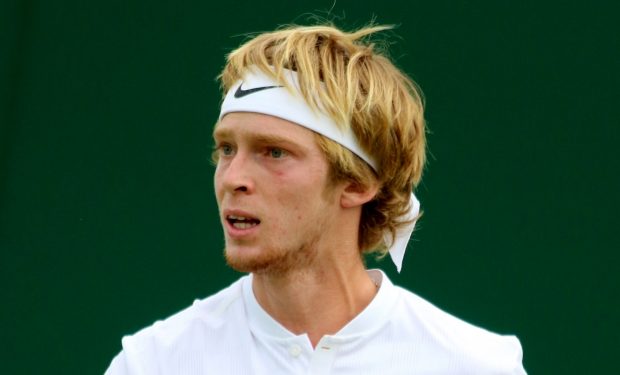 Ten days before competing at The 2019 US Open in New York City, unseeded tennis player Andrey Rubley of Russia beat the legendary tennis champion Roger Federer at the Cincinnati Open (6-3, 6-4).

After the incredible win, Wimbledon champion and 5-time Grand Slam finalist Pat Cash took Rubley to an Iron Maiden concert where Rubley got to meet singer Bruce Dickinson who was “clearly hungry” after the sold out show. See photos below. Cash says the band are “tennis followers” and were excited to meet Rubley. Dickinson also looks like a Federer fan, exacting revenge.

Rubley also got to play with Andy Murray, who is missing the 2019 US Open — singles and doubles. The 32-year-old former No. 1 underwent hip surgery in January. Murray said his goal is to “get back playing at the level that I want to on the singles court, and I’ve decided that I need to focus all my energies on that right now.”