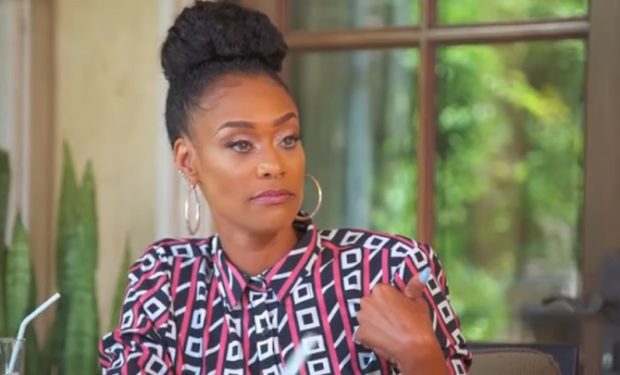 On Season 8 of Basketball Wives, when OG Tami Roman hears that new wife Feby Torres is talking about her behind her back, she asks her point-blank if it’s true. Tami heard that Feby said that Tami was too old to rap (one of her latest hustles).

While Feby denies it, she tells Tami what the other ladies are saying about her (wearing pants and returning them in used condition), Tami says she’s had it with the rest of the women on the show and eventually walks out of the room.

Tami wrote: “When the champ says get over to the ranch… you go 😂”, and shared a series of photos from their meeting with Tyson. Reggie watches as Tami (who towers over the white bearded Tyson) bends down to give Tyson a hug. Swipe to see the look on Reggie’s face as they embrace.