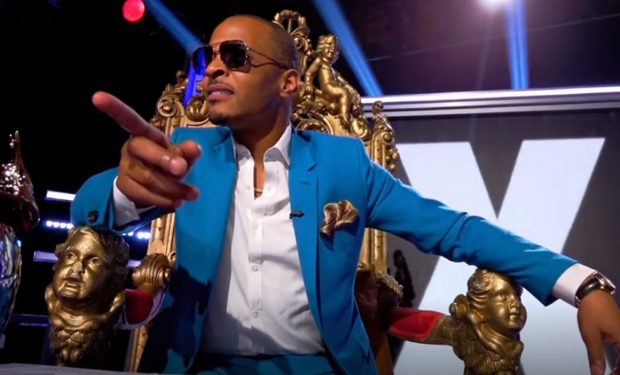 Nene has to name the move that blew up on the Internet as a dance challenge. After watching the three dancers, Nene says, “I think they said it was The Running Man on Crack.” When fellow celeb T.I. says “I can do this bulls–t better than you,” DJ Young Fly stands up for the challenge and does his thing. Watch video below. Girls Cruise star B. Simone bursts out screaming and laughing.