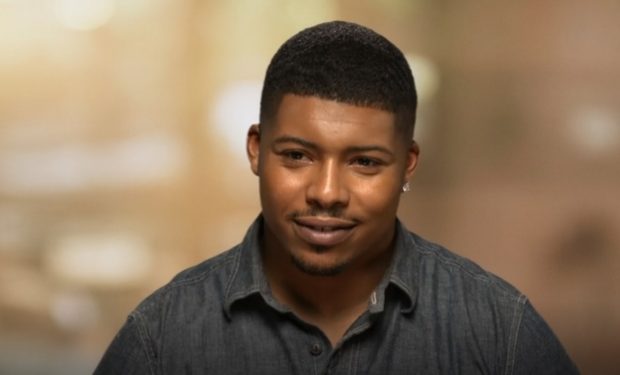 On the new reality TV show Love & Listings, 23-year-old Jacob Knight finally connects with his estranged father Marion “Suge” Knight. Knight, the founder of Death Row Records, is serving a 28-year sentence in prison after pleaded no contest to voluntary manslaughter in a fatal 2015 hit-and-run.

Due to a communication ban, Jacob hasn’t been able to speak to his father for three years. In the video below, Jacob’s first conversation by phone is filmed by VH1 and recorded and being monitored by the prison. During the conversation, Jacob announces that he has facial hair.

Suge tells his son that pleasing a woman makes hair grow on a man’s face. He also warns his son, “If you chase women, you’ll end up with no money. If you chase the money, get the money, the women chase you.” Jacobs says his father’s plan was to have Jacob follow his lead and go into music. But Jacob realizes now that that was his father’s dream, “not mine.” He’s interested in real estate.