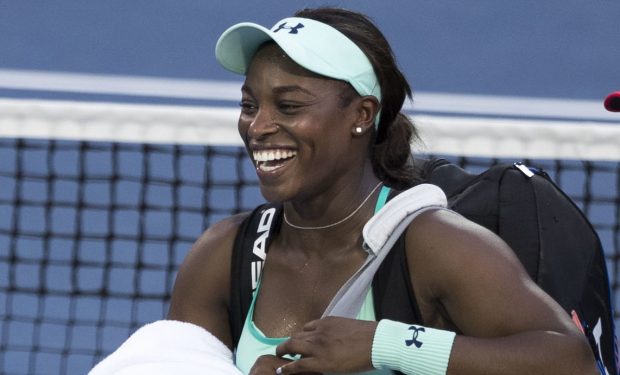 American professional tennis player Sloane Stephens, 26, is competing at the 2019 US Open after winning the grand slam event in 2017 — and against her bestie Madison Keys!

Prior to the US Open, Stephens made time to enjoy the summer with her fiance, American professional soccer player Jozy Altidore, the 29-year-old forward on Toronto FC, at the beach. Check out her crazy sexy, one-shoulder leopard monokini and cute heart-shaped sunglasses, above!

Jozy, who made his professional debut in 2006 at the age of 16 with the New York Red Bulls proposed to Sloane in April 2019…

World ranked #11 Sloane Stephens plays against Anna Kalinskaya on Tuesday, August 27 at the US Open’s Arthur Ashe Stadium (7 pm on ESPN) at the National Tennis Center in Flushing, New York.