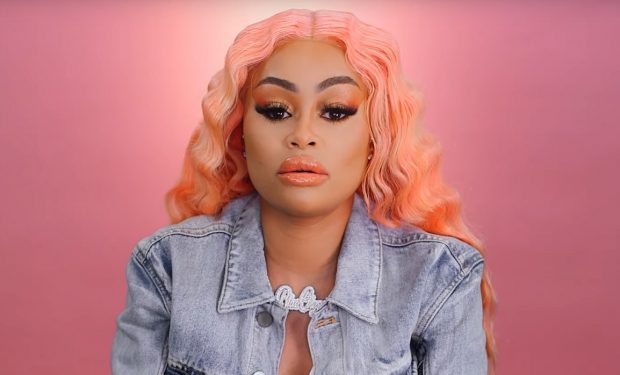 On this season of Love & Hip Hop Hollywood, the youngest African-American female A&R exec at Warner Music, Brittany B, joins the cast. On the show, in her office Brittany has a meeting with controversial reality TV star Blac Chyna. Of course this isn’t her first time on TV.

With her ex Rob Kardashian, Chyna appeared on the reality show Keeping Up with the Kardashians, and starred in Rob & Chyna, which documented the couple’s engagement and birth of their baby. They have since split.

When not filming her own show, The Real Blac Chyna on The Zeus Network (Sundays at 8 pm), she’s stirring up controversy with her words and actions, like squeezing into a tiny white bikini top…

It looks like she’s about to bust out of this bikini top, too…

When Chyna made her debut on The Wendy Williams Show earlier this year, and Williams told her, “You’re very controversial,” Chyna replied, “Thank you.” See below.