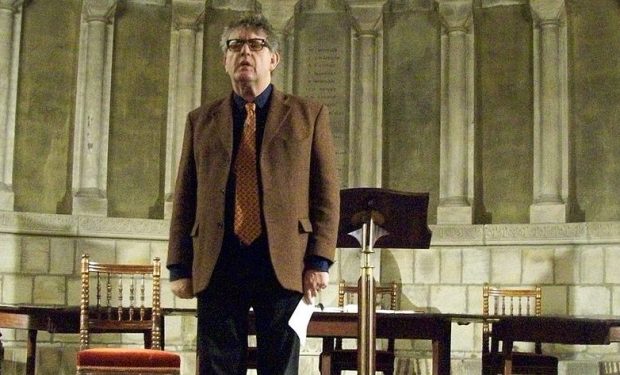 What do you do next when you’re Paul Muldoon, “the most significant English-language poet born since the second World War,” when you’ve written thirteen collections of poetry, as well as works for children, opera libretti, radio and TV drama; when you’ve won pretty much every poetry prize going, including the T.S. Eliot prize and the Pulitzer; when you’ve been poetry editor of The New Yorker; and have taught at places like Oxford and Princeton, and occasionally gig with your band or  pen lyrics for Rogue Elephant. Well, you write a moving, one-man show, an elegy to life, love and loss, that’s what.

Following its premiere at last year’s Galway International Arts Festival, Muldoon’s Incantata will be performed at the Gate in Dublin for a limited run (12 performances only). Starring Stanley Townsend in a mesmerizing performance, the visually-stunning Incantata combines spoken word, audio and video that will remind theatre-goers of the grand-daddy of one-man memory plays, Beckett’s Krapp’s Last Tape. Incantata begins on September 5.