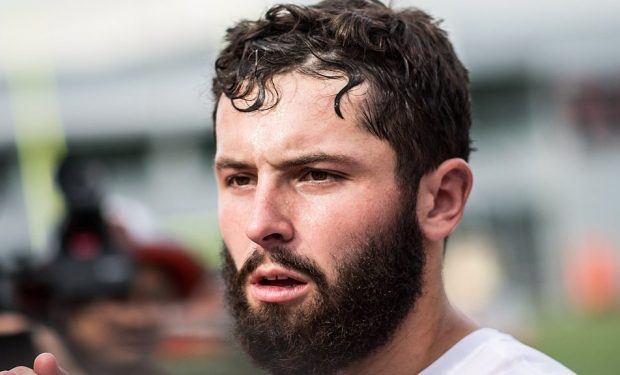 “That’s the elegance of having a mustache. You just don’t know what’s going to happen.” That’s the Cleveland Browns‘ delightful QB Baker Mayfield, answering — sort of — a reporter’s question about whether there is a story behind his mustache. “Maybe you’ll find out and maybe you won’t,” Mayfield teased. “It’s like the QB RV — you guys just don’t know.”

Will Mayfield be appearing in any films in the future? Is the mustache part of some character acting Mayfield is doing? The genial QB dodges these questions teasingly. Browns fans sure would like to see Mayfield in one of those dramatic NFL Films films, where he marches The Land to a Super Bowl victory.

For now though they are very happy with the man and his arm and his personality. Watch out for Cleveland — it’s a happy team with major fan buy-in. Says one lit-up Browns booster of QB Bake: “He can ROCK anything and everything he wants! 🔥