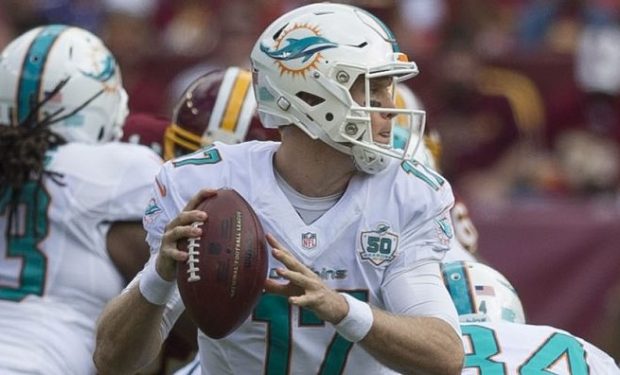 During the 2019 NFL Draft, the Miami Dolphins traded quarterback Ryan Tannehill to the Tennessee Titans. The 31-year-old from Lubbock, Texas signed a one-year $12 million contract with the Titans with up to $12 million in incentives. While Tannehill gets ready to play a pre-season game against Big Ben Roethlisberger and the Pittsburgh Steelers (August 25), his gorgeous wife of seven years, Lauren Tannehill, is “getting in the Nashville spirit.”

In the video below, Lauren (a former cheerleader at Texas A&M, Tannehill’s alma mater, too) works out in her home gym. She does impressive lunges and leaps to the country song “Old Town Road” by Lil Nas X featuring Billy Ray Cyrus.

She also lifts baton weights to the song “Baila Baila Baila” (translated Dance Dance Dance) by Puerto Rican Urbano singer Ozuna which gets her moving her hips and smiling.

The Pittsburgh Steelers face the Tennessee Titans at Nissan Stadium on Sunday, August 25 at 8 pm on NBC. [BONUS: Stream any NBC programming watch LIVE on any device with NBC UNIVERSAL app available here. Download is FREE.]