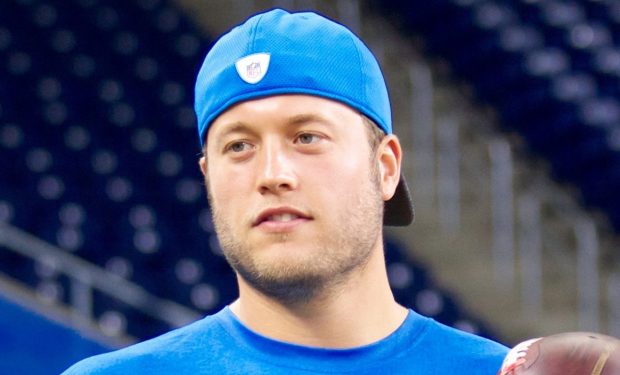 NFL football quarterback Matthew Stafford is headed into his 11th season in the league and with the Detroit Lions. The former Georgia player was the Lions’ first overall pick in the 2009 NFL Draft. He holds several NFL records including the most comeback wins in a season (8 in the 2016 NFL season). His wife, Kelly Stafford, is also making a comeback. A serious and impressive one.

In April, the mother of Stafford’s three daughters (2-year-old twins and an 11-month-old) underwent a 12-hour surgery to have a brain tumor removed. The surgery was a success and Kelly’s recovery is inspirational. In the video above, she’s learning how to walk again in the hospital. Four months later, she’s throwing fierce jabs at Jabs Gym in Detroit.

Kelly says “boxing is the best workout for me.” She adds, “Sometimes I get dizzy, but I know that’s my brain learning and it’s good for me to push it.” After her workout at Jabs Gym, in the video below, she looks happy and healthy as she drives off in her black Rolls-Royce SUV.

The Buffalo Bills play the Detroit Lions at Ford Field on Friday, August 23 at 8 pm on CBS. [NOTE: Stream the NFL and every CBS show through CBS ALL-ACCESS.]