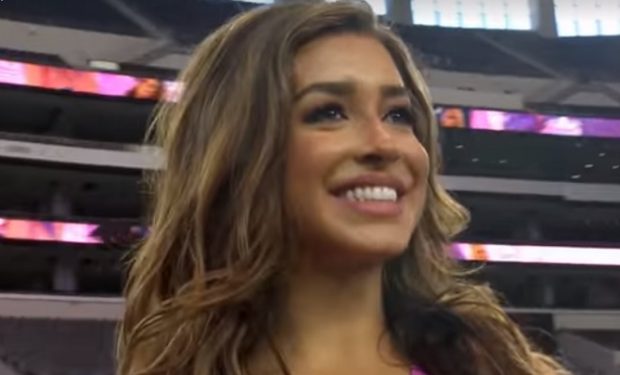 Lacey on Dallas Cowboys Cheerleaders: Making the Team on CMT

On the Dallas Cowboys Cheerleaders: Making the Team episode “Choreography Competition,” it’s down to 101 women on the AT&T Stadium turf. As they say in Texas, “It’s where the rubber hits the road.” Those competing for a white and blue star-spangled outfit must conquer their nerves and nail tough choreography including that famous kickline. Five-year veteran DCC member Lacey Munoz is there to help.

When not on an NFL field, Lacey is often posing in a string bikini and breaking hearts. She’s currently off the market, dating former NFL football quarterback Trevor Knight. He played college football at Oklahoma and Texas A&M before signing with the Arizona Cardinals in 2017 and having back surgery in 2018.