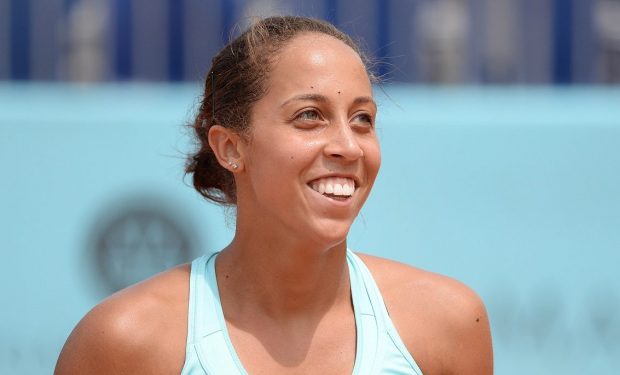 American professional tennis player Madison Keys, 24, is back at the US Open (she was defeated by Sloane Stephens at the finals in 2017), and on the heels of winning the Western & Southern Open in Cincinnati just one week ago. (She won in Charleston in April this year, too.)

In the first round, Keys plays against left-handed Misaki Doi in the Louis Armstrong Stadium on Monday night, August 26, 9 pm.

When Keys arrived at the National Tennis Center in Flushing, New York, with her pro tennis player boyfriend, American Bjorn Fratangelo, 26, who is also playing at the Open this year, Stephens went “full paparazzi” according to Keys. (See photos above.)

Fun fact: Fratagnelo, 26, who is named after Bjorn Borg, won the boys singles title at the 2011 French Open, beating Dominic Thiem, who is currently ranked world No. 4.