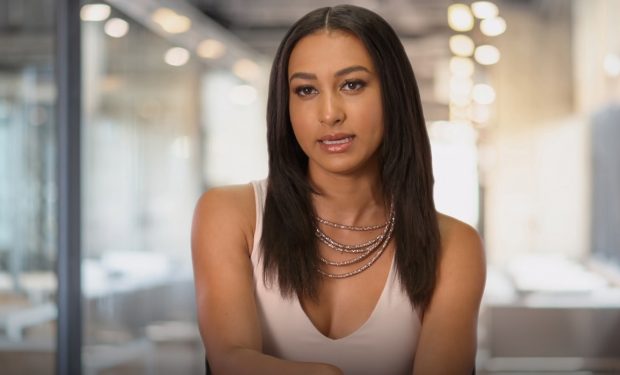 Taylor Schwartz on Love and Listings on VH1

When not filming the reality TV show Love & Listings with Suge Knight’s son Jacob, rookie real estate agent Taylor Schwartz is enjoying the summer. She recently shared a video she made with her friend Nandi Taylor, who used to play college basketball at Virginia State and is now a flight attendant out of Los Angeles.

While wearing a bikini and a monokini, the two young beauties do a series of backflips which caught the eye of 21-year-old NBA basketball player Dennis Smith, Jr., who’s currently with the New York Knicks. He wrote: “This is actually impressive lol respect.”

The former NC State Wolfpack player was selected with the ninth overall pick in the 2017 NBA draft by the Dallas Mavericks. In January 2019, he was traded to the Knicks along with DeAndre Jordan, Wesley Matthews and two future first round draft picks.