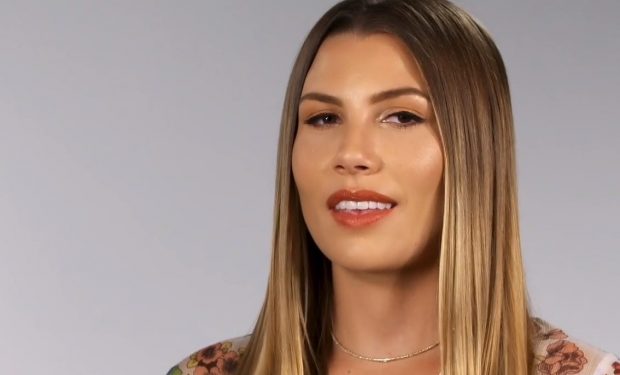 On the Racing Wives episode “Pump the Brakes,” NASCAR wives and BFFs Whitney Dillon and Mariel Swan continue to hash out their fight after the Poconos. Meanwhile, in real life (while this episode airs), sisters-in-law Samantha Busch and Ashley Busch are spending their vacations in the Bahamas. [Related: NFL Cheerleader Mariel Swan’s Bachelorette Mini String Bikini Is Insane]

While it appears in the photo below that Kyle Busch‘s wife Sam dropped her bathing suit top for the photo above, 40-year-old Kurt Busch‘s young wife Ashley, 27, gives a full frontal view of her amazing bikini body. She captioned the photo: “camped out here 😏 #fyrefestival2“.

Two years ago, event promoter Billy McFarland and rapper Ja Rule organized the inaugural Fyre Festival, spinning it as the Coachella of the Bahamas but it ended in “mass chaos” and had to be cancelled.