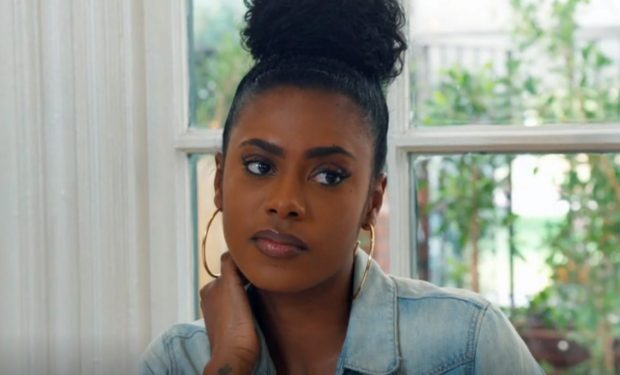 On Season 5 of Basketball Wives, while Shaunie O’Neal and family celebrate her son Shareef‘s recovery after his open-heart surgery, Kristen Scott says she has “a real receipt.” She shows the recently reconciled Evelyn Lozada and Jennifer Williams a text from her future mother-in-law Cece Guiterrez calling professional female football player OG unattractive.

In the sneak peek video above, Kristen says: “I’m totally over OG being manipulated by Cece.” She adds, “But my focus is no longer on her. I wanna show Cece that she cannot push my family around, even if she has Byron convinced.”

Evelyn tells Kristen: “It’s definitely time to take off the gloves and fight back.” She adds: “OG needs to know that Cece has talked s–t about her.” Evelyn nods to Kristen: “Expose this b—h.” Basketball Wives airs Wednesdays at 8 pm on VH1. [Stream VH1 shows anytime — VH1 app is free]