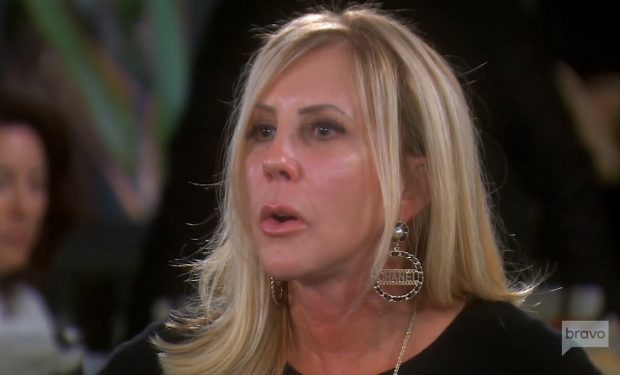 Vicki Gunvalson on Real Housewives of Orange County on Bravo

On The Real Housewives of Orange County episode “All Aboard The Rumor Train,” the drama continues at Tamra Judge’s housewarming party after Kelly Dodd leaves the party in tears. Without Kelly present, Vicki Gunvalson hints that she knows something else about Kelly.

At dinner, Vicki (who’s rocking a pair of giant CHANEL hoop earrings) tells Tamra and Gina Kirschenheiter: “Kelly knows that I know more than I’ve said.” When Gina tells Vicki: “You’ve said she has a coke habit,” Vicki denies it and screams “I didn’t say that!”, but Gina continues. “Clearly you’re saying it’s something worse than that!”