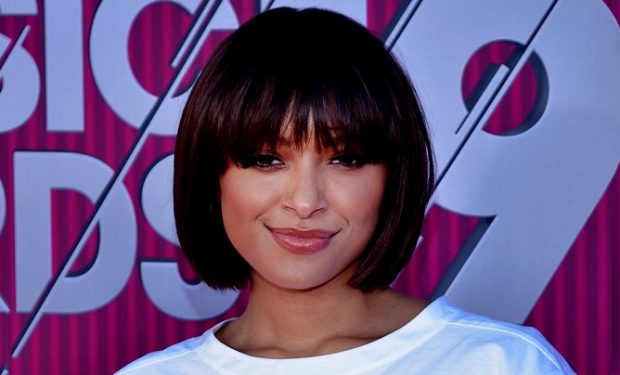 The biopic All Eyez On Me tells the story of the legendary rapper and actor Tupac Shakur. Actor Demetrius Shipp Jr. portrays the prolific rapper who was shot dead at the age of 25. The film depicts Tupac’s rise to fame which includes an early friendship with actress and future wife of Will Smith, Jada Pinkett, who’s portrayed by Kat Graham. [All Eyez On Me is airing on VH1 on Saturday, August 3 at 8 pm.]

When not on a TV or movie set, Graham, the 29-year-old former Vampire Diaries star, enjoys her down time and often in a bikini including the breathtaking crocheted string bikini below. Swipe to see Graham by the pool, in the outdoor shower, and arching her back on a summer house deck.

She quotes rapper Drakes song Nice For What, which is about a woman who works hard and “aint stressin’ off no lover in the past tense.”

Graham and her All Eyez on Me co-star Shipp will appear together again on the big screen in Cut Throat City. It’s an action/heist film set in the lower ninth ward in New Orleans during Hurricane Katrina, directed by Wu-Tang Clan member RZA.

Kat looks amazing in monokinis, too!