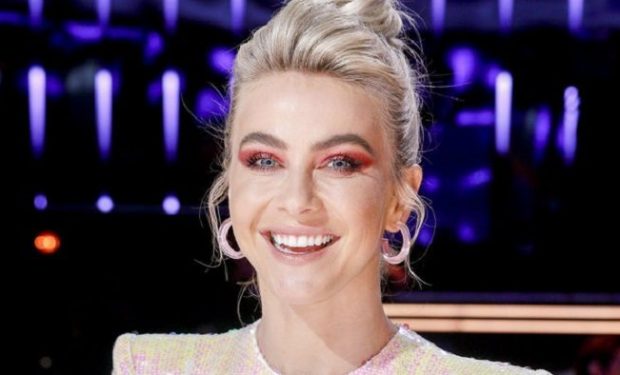 On the fourth round of Judge Cuts on America’s Got Talent, former late night TV host Jay Leno joins Simon Cowell, Julianne Hough, Howie Mandel and Gabrielle Union. Leno has the opportunity to hit the Golden Buzzer and send an act to the live shows.

When not filming America’s Got Talent, Hough is either traveling the world with her husband Brooks Laich or doing a photo shoot. Most recently, Hough posed nude for Women’s Health‘s “Naked Strength” issue.

Hough made a selfie video to talk about why she decided to pose nude for the magazine. While sitting in bed, wearing a black camisole, Hough says “There’s nothing to be ashamed of or to hide when it comes to your growth, and I think that’s the real purpose of why I wanted to do this shoot.” She’s speaking of mental, physical and spiritual growth.

Hough cries a little at the 1:50 mark of the video when she says, “It was such a trying year.” She flashes her gorgeous smile and holds back more tears when she says, “But it was the best year of my life. And the growth I had — all I want to do is share it with you guys.”