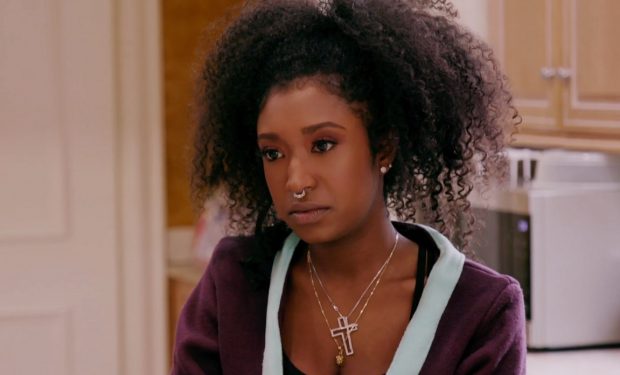 On the new spin-off reality TV show Growing Up Hip Hop: New York, viewers get a glimpse into the home life of Murder Inc. rapper Ja Rule. The 43-year-old New York native (Hollis, Queens) is the father of three children with his wife Aisha Murray. Their two eldest, Brittney and Jeff, are featured on the show. (Their youngest Jordan is 14.)

What might catch some viewers off guard is the fact that Ja Rule’s daughter, Brittney Atkins, 23, doesn’t want a career in the music industry (like all the other kids). The recent college graduate (Hampton University) is interested in screenwriting and creating her own line of cosmetics.

When not writing or experimenting with chemicals, Brittney is enjoying life in a variety of cute bikinis. When she posted the bikini photo and video above, actor Wavvy Jones, who played the late Notorious B.I.G. aka Biggie Smalls in Unsolved: The Murders of Tupac & The Notorious B.I.G., replied with four red hearts. Others left A LOT of bomb emojis!

In the bikini photo shoot above, Brittney says she looks like she’s right out of the 2009 Destiny’s Child “Survivor” video, where the gorgeous trio — Beyoncé Knowles, Kelly Rowland, and Michelle Williams — sing and dance in sexy camouflage bras and matching briefs, see video below. Her fans agree and like the look!