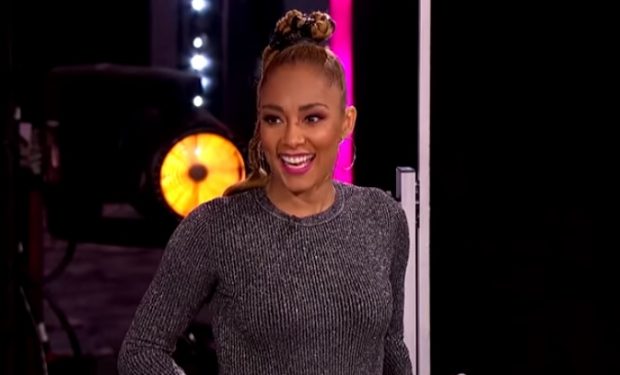 On Hip Hop Squares, Girls Cruise co-stars B. Simone and Pretty Vee play against each other and rely on the knowledge of celebrities in the squares including rapper Tip, Basketball Wives star Jackie Christie and comedian/actress Amanda Seales.

Before her appearance on Hip Hop Squares, Seales, the creator of the “Smart, Funny and Black” tour, took a 3-week staycation. She said she stayed in her house for three weeks and said her time was “glorious.”

Seales celebrated her time off and her “rested soul” by making a video of herself wearing a strapless bikini and executing an unexpected full flip into her swimming pool. Her blonde ‘do looks exceptionally good wet and dry!

Fun fact: After graduating from SUNY-Purchase, Seales earned her Master’s degree in African-American studies with a concentration in Hip Hop from Columbia University.