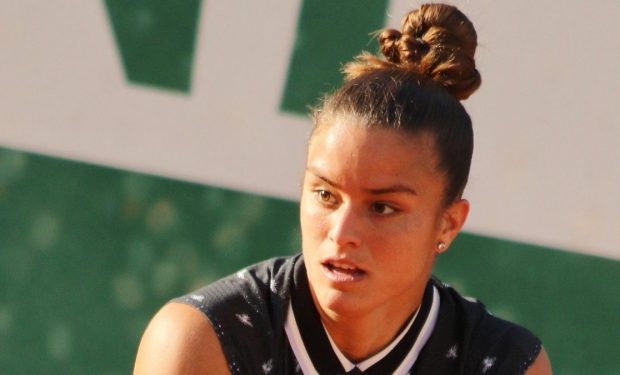 World No. 2 professional tennis player and returning champion Ashleigh Barty faces No. 30 Maria Sakkari during the third round at the 2019 US Open on Friday, August 30 (Louis Armstrnog Stadium at 12:20 pm). The National Tennis Center in Flushing, Queens, New York also holds a special place in the heart of the 24-year-old Greek pro as it was where she made her Grand Slam debut, at the 2015 US Open (Flavia Pennetta won).

When not on the court, Sakkari (who lives in Monte Carlo) often visits her native Greece and seen in these gorgeous bikini photos in Syros!

Sakkari says Syros, a Greek island in the Cyclades, in the Aegean Sea, is her favorite place!