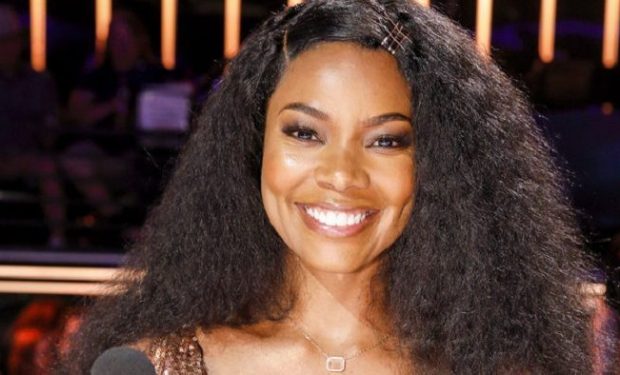 On the fourth round of Judge Cuts on America’s Got Talent, former late night TV host Jay Leno joins Simon Cowell, Julianne Hough, Howie Mandel and Gabrielle Union. Leno has the opportunity to hit the Golden Buzzer and send an act to the live shows.

When not filming America’s Got Talent, Union is living the good life with her husband, former NBA basketball player Dwyane Wade and their beautiful baby girl.

Union and Wade recently dressed up as Romeo and Juliet for a costume party — but some of their fans didn’t recognize the Shakespearean cross-starred lovers. If you’re not familiar with the 1996 movie Romeo + Juliet which starred Leonardo DiCaprio as Romeo and Claire Danes as Juliet, you wouldn’t get it.

Union wears a white crop top with angelic wings on the back with a white pleated tennis skirt and white sneakers. Wade is wearing a blue Hawaiian shirt and jeans just like DiCaprio did in the movie, which was set in the post-modern suburb of Verona Beach.