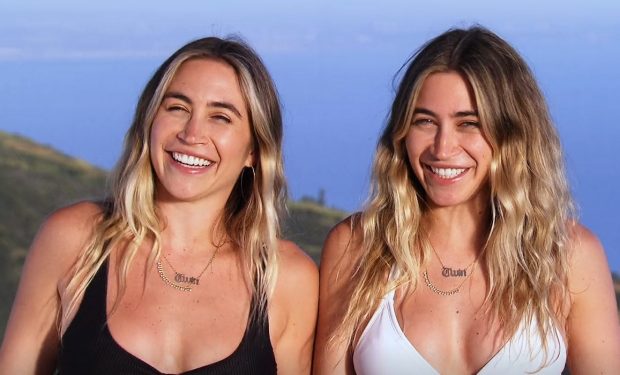 Kaplan Twins on Ex on the Beach, MTV

On the Ex on the Beach episode “The Mother of All Secrets,” while Shannon struggles to move on from Gele’s ex Anthony (who regrets hooking up with her), a new ex washes up on the beach which has the [email protected] Kaplan Twins — Allie and Lexi — smiling. Keep in mind, Lexi was just getting cozy with Billy!

One day before the episode, the 26-year-old twins from New Jersey posted a photo of Allie sunbathing in a strappy front, cut-out floral bikini (by Australian bathing suit company Aqua Blu) with the caption “Sweaty.”

Ex on the Beach fans are dying to find out if the Twins will deal with one ex who they both dated or if each twin gets to reconnect with a single ex. As the Twins say: a guy who dates one of them gets “the intellectual stimulation of two and the sexual pleasure of one.”