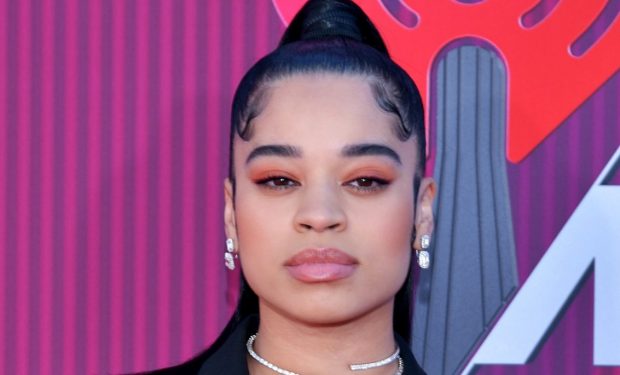 Rapper-turned-Hollywood star Ice Cube knows what works in the studio and on a big screen. As the executive producer of Hip Hop Squares (and center square celeb), the former N.W.A. member knows America loves to watch gorgeous, talented and famous people act silly on TV including 24-year-old English singer Ella Mai (and her record producer Mustard who discovered her on Instagram!).

After winning a Grammy Award for Best R&B Song this year (“Boo’d Up”), Ella Mai is performing as the opening act for Ariana Grande‘s Sweetener World Tour in Europe, a 30-city tour which started on August 17 and ends in October.

Here are some pics of Ella Mai rocking a Salt n Pepa inspired look with black spandex shorts under an over-sized track jacket, opening for Ariana Grande in her hometown of London…

Ella Mai has had an amazing year as documented in the Once Upon a 2019 video below which captures a lot of backstage moments with fans including one female fan that got Ella Mai to jump on her back for a photo!