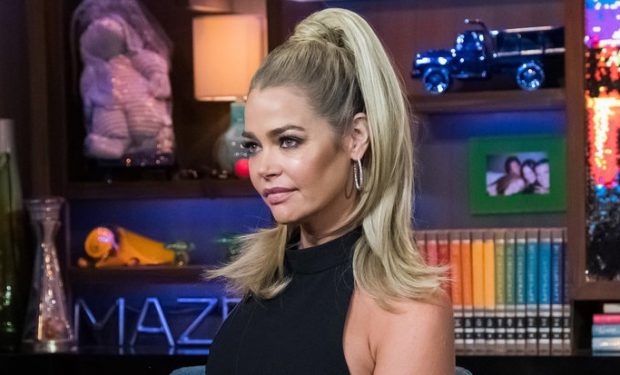 The original cast of the iconic 90s teen soap opera Beverly Hills, 90210 is reuniting for the reboot BH90210 on Fox. Sadly, the reboot goes on without the late Luke Perry who died earlier this year.

But more familiar faces join the older cast including actress Denise Richards. Some of Richards’s fans might not remember, but before marrying Charlie Sheen and joining The Real Housewives of Beverly Hills, Richards played Robin McGill on a 1992 episode of Beverly Hills, 90210 (Season 2).

Days before the BH90210 series premiere, Denise shared a fun video (above) of her dressed up in a black backless jumpsuit, wearing a long blond ponytail, and shaking her tush. She was getting ready for her interview on Watch What Happens Live with Andy Cohen.

While most of her fans applauded her sexy look and move, others complained about the visibility of her underwear. One wrote: “the thong isn’t flattering. You have such an amazing body but the thong here cuts you up.” Thong or no thong, we think she looks terrific!