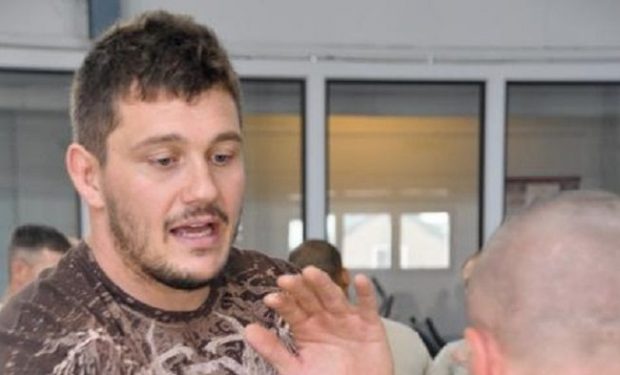 The last time the two squared off at Bellator 215 in February, the bout ended in a No Contest 15-seconds into the first round after Mitrione “landed an accidental groin strike leaving Kharitonov unable to continue.” Mitrione says in the Bellator/Paramount promo video below, “Catch me on Saturday when I kick this Russian in his face not in his nuts this time.”

Three months after that bout, in May 2019, Mitrione got married to a pretty (unidentified) blonde and celebrated with a donut buffet at the reception. It is Mitrione’s second marriage. He writes: “Over/under on how many donuts we’re gonna smash as a couple?”

Mitrione, who played college football (defensive tackle) at Purdue University with NFL superstar quarterback Drew Brees also played in the NFL with the New York Giants and Minnesota Vikings. He made his professional MMA debut in 2009, and signed with Bellator MMA in 2016.