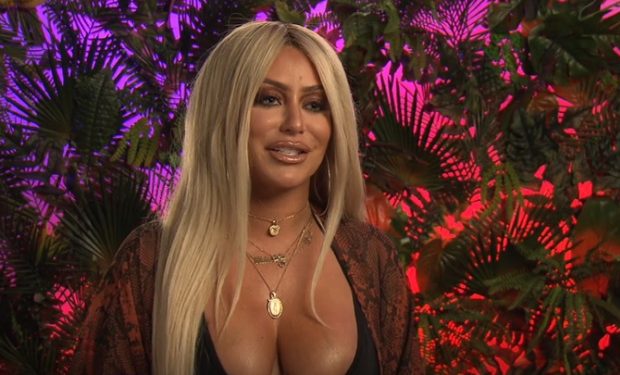 Aubrey ODay on Ex on the Beach, MTV

On the Ex on the Beach episode “The Mother of All Secrets,” former Celebrity Apprentice star Aubrey O’Day who says Donald Trump, Jr. is her soulmate, has a lot to say about fellow reality TV star Shannon Duffy. Shannon is having a hard time getting over Anthony Martin, who regrets hooking up with Shannon.

In the sneak peek video below, Aubrey tells the other women in the house: “Shannon has no self worth when it comes to Anthony and maybe in general.” She adds, “Anthony needs to go so Shannon can actually work on becoming a stronger person.” They all plot to get rid of Anthony.

Aubrey is known for sharing pearls of wisdom regarding relationships like “Don’t Cry For Him, Make Him Cry” (see below)… often while wearing see-thru crocheted bikinis!

Ex on the Beach airs Thursdays at 9 pm on MTV. [BONUS: Stream any MTV show through the MTV Digital App found here. Download is FREE.]