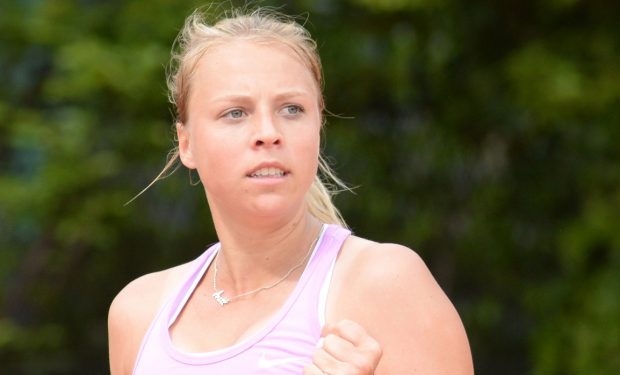 At the third round of the 2019 US Open in Flushing, Queens, New York, the world ranked No. 13 professional tennis player Belinda Bencic faces No. 21 Anett Kontaveit at Louis Armstrong Stadium (Saturday, August 31, 9 pm, ESPN).

It will be difficult to cheer for one player over the other. Bencic is making a comeback after years of injury and just winning the Hopman Cup with fellow Swiss pro Roger Federer in January. And while Kontaveit hasn’t made it past the first round at the US Open for the past three years, she made it to the third round at Wimbledon this year.

In between tournaments, in December, while vacationing in Thailand, the 23-year-old Estonian Kontaveit posted a number of fun bikinis photos. Her most recent (the one below) she added the hashtag #lastbikinipostipromise, although no one has complained! In fact, they are asking for more!

Kontaveit defeated Ajla Tomljanovic to advance to the third round at the 2019 US Open. Kontaveit is also playing doubles at the US Open with Russian pro Daria Kasatkina.