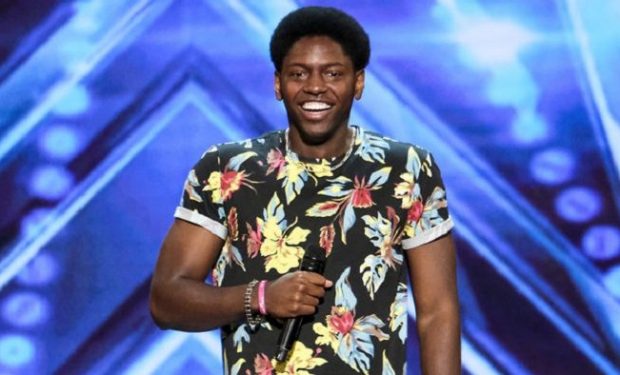 Joseph Allen is the 21-year-old singer/rapper originally from Texas who got America’s Got Talent judge Howie Mandel to hit his Golden Buzzer after Joseph performed an original song for his audition. The young man made a deal with AGT host Terry Crews before his audition. Allen told Crews: “If I get the Golden Buzzer, you have to pick me up.” Crews agreed and fulfilled his promise.

Joseph says he’s super excited to perform again live at the Quarter Finals (August 20), and is keeping his eyes on the prize. He said during the last AGT episode the network was “right below having the servers crash” thanks to all the people who voted. [Related: How To Vote For America’s Got Talent: 3 Voting Methods, 6 Time Zones 2019]

Hours before his live performance, Joseph tells his fans in an Instagram video (swipe above to see video): “I seriously think we can break the servers. It’s not me being funny. It’s not me making a joke.” He adds, “Just imagine Terry Crews coming out and saying ‘Ladies and gentlemen, I have to apologize the servers have been fried.'”America’s Got Talent airs Tuesdays at 8 pm on NBC.