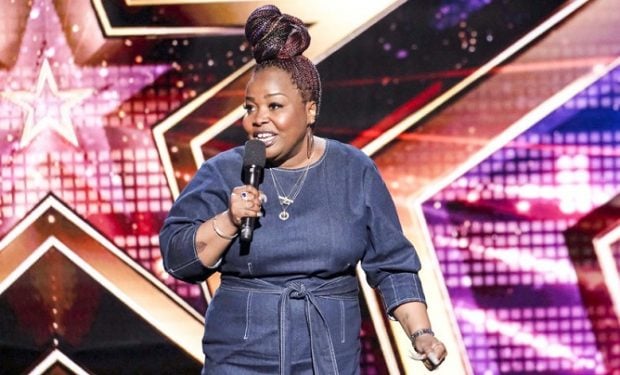 On the fourth night of Judge Cuts on America’s Got Talent, and in front of comic legend guest judge Jay Leno, stand-up comedian Jackie Fabulous will once again get the judges and audience laughing out loud. In the 30-second video below, Jackie is filmed warming up for her next performance. Wearing a signature denim dress, Jackie promises “Snickers Bars For Everybody!” in an Oprah Winfrey like shout.

Watch until the end. Jackie ends the video by raising her arms above her hand and belting out a note a la the late great Broadway star and singer Ethel Merman.