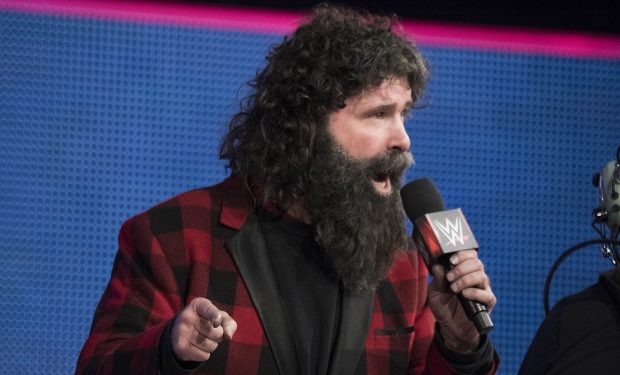 Say Yes to the Dress is back for its 18th season! In the premiere episode “This Is Showtime” a petite woman with pink and purple hair comes to Kleinfeld with her mother, maid of honor, and 6’2”, 287 lbs. WWE Hall of Fame professional wrestler, Mick Foley.

Reicher explains one aspect of her deep connection with Foley: “We both love Jim Croce, who is both our favorite singer.” At 2017 Florida Supercon, Kid Cadet and Mick Foley sang the Jim Croce song “The Hard Way Every Time” together — video below.

The guy on guitar is Reicher’s now-husband, independent wrestler Vincent Dombrowski (aka Jude Mackenzie). He proposed to Reicher at 2018 Paradise City Comic Con.

The couple married at a golf club in Hollywood, Florida in January 2019. And yes, Foley wore his signature fanny pack to the wedding!)