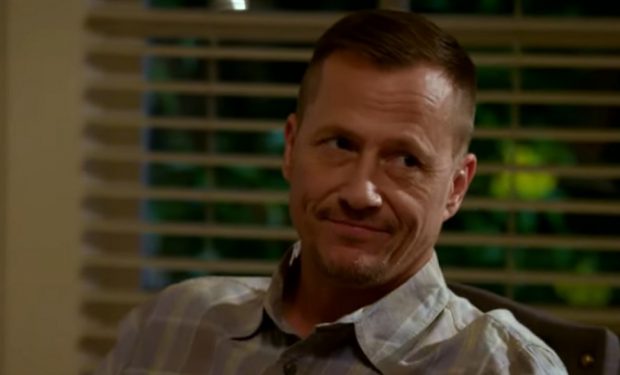 In the Lifetime movie The Wrong Stepmother, widower Michael Stone is a single dad to his two daughters, Nicole (McKinley Blehm) and Lily (Calli Taylor). After a couple of years, Michael starts to date again. The girls initially like his new girlfriend, Maddie (Cindy Busby), but then they grow suspicious of her and for good reason! Good thing they have their school guidance counselor Ms. Price (Vivica A. Fox) looking out for them.

Michael Stone is portrayed by former child star Corin Nemec. He’s best know for his roles in the TV movie I Know My First Name Is Steven, based on the true story of Steven Stayner, on the sitcom Parker Lewis Can’t Lose (as Parker Lewis), and on Webster as George’s nephew Nicky Papadapolis, among others.

The Wrong Stepmother premieres on Lifetime on Thursday, July 11 at 8 pm.