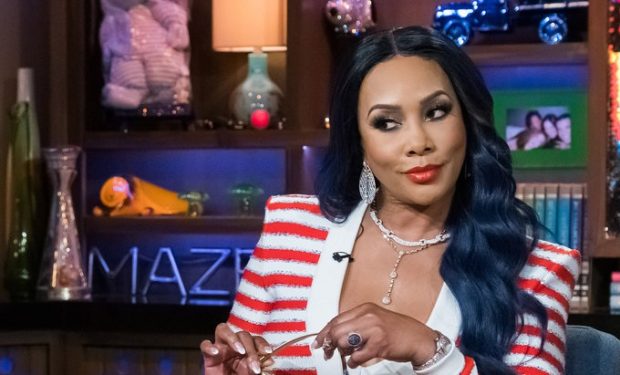 Vivica A. Fox on WATCH WHAT HAPPENS LIVE WITH ANDY COHEN (Charles Sykes/Bravo)

Actress extraordinaire Vivica A. Fox is promoting her series of Wrong Summer movies on Lifetime. She always plays the badass. In The Wrong Boy Next Door, Fox plays a detective who tries to protect a troubled teen from an attractive and dangerous young man next door.

While promoting the Wrong Summer movies on Watch What Happens Next with Andy Cohen on Bravo, Fox rocked a red-and-white striped body-conscious mini dress by Balmain which left little to the imagination. (That doesn’t mean imaginations all over were still!)

The Wrong Boy Next Door premieres on Lifetime on Thursday, July 18 at 8 pm. [More Lifetime movies streaming are always available.]