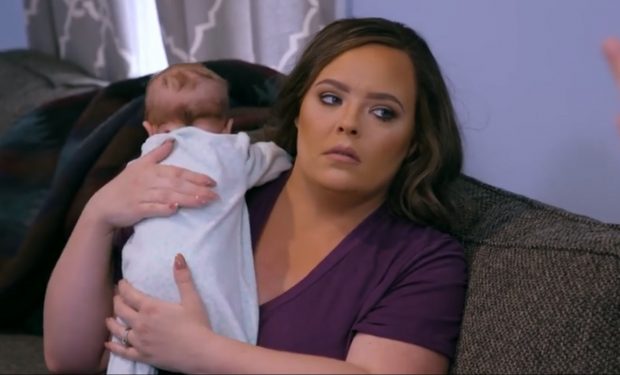 On the Teen Mom OG episode “Ready When You Are,” while Maci Bookout McKinney considers different birth control options (her birth control implant is about to expire), Catelynn Lowell Baltierra is at home with her newborn daughter, Vaeda Luma. In the sneak peek video below, Catelynn tells her husband Tyler, “I think I want to stop breastfeeding.” Tyler’s first reaction is: “I know it’s exhausting.”

Catelynn suffered from postpartum depression after giving birth to her second daughter, Nova, and is concerned about the feeling of “wanting to do it all.”

Catelynn admits, “It’s stupid but I need to put away the feelings of ‘oh my god, people are going to judge you for it.’”

In less than 24 hours after MTV posted the video on social media, more than 2,100 comments have been posted. While many support Catelynn’s decision, there are those who find her decision “selfish” and this group is being accused of “shaming” Catelynn. But one thing they all seem to agree upon is how great Tyler is and that he shouldn’t be taken for granted.