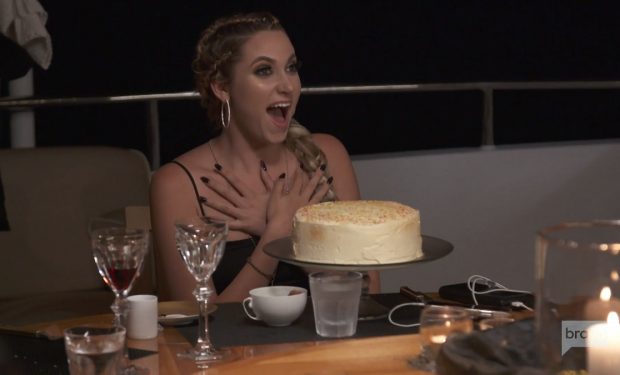 On the Below Deck Mediterranean episode “Knot Today, Anchors,” in the wake of Captain Sandy Yawn firing Chef Mila Kolomeitseva, Third Stew Anastasia Surmava steps up as Temp Chef and Lead Deckhand Travis Michalzik works as her sous chef. Meanwhile, the rest of the crew caters to charter guest Ashley Brinton. The 17-year-old pop-star-in-the-making films part of her official music video for “Good Mawnin” on the yacht. It’s her first rap song!

At the MTV Music Awards, JLo thanked Cory (and former SONY Music head Tommy Mottola, Mariah’s ex-husband). Lopez said the two men: “taught me what it is to be an artist, to be a musician, what it is to be in the studio, and to give everything you have for your music.”