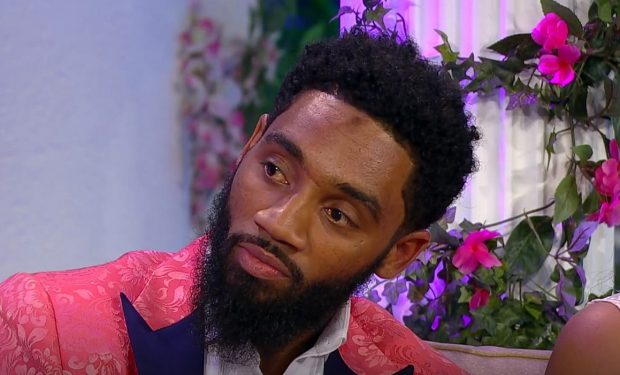 Scrapp Deleon on the LHH ATL reunion on VH1

On the Love & Hip Hop Atlanta Season 8 reunion, Scrapp Deleon declares himself single: “I’m as single as a dollar bill.” When his mother, Karen “KK” King, was asked why she wanted to set up Scrapp with Moniece Slaughter, she says, “Because Moniece was there for Scrapp.”

KK also pointed that “they ran up $3000 on my phone bill.” Scrapp was calling his mother collect, then KK would three-way with Moniece. KK says, “They were talking so nasty, I couldn’t even listen!” — which Moniece denies!

Moniece says she was “very disappointed” with the way her relationship with Scrapp ended. When Akbar V asks Moniece if she’d take him back, she doesn’t answer. Moniece then gets emotional and says she’ll never again put herself “in a position to get dumped by trash. I want to be the only one someone is committing to.”