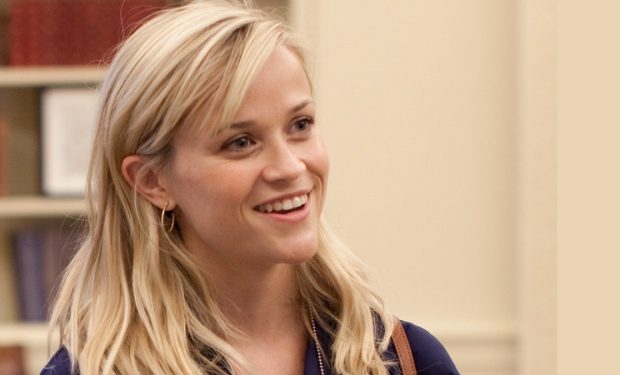 In the Big Little Lies episode “Kill Me,” while Bonnie (Zoe Kravitz) relives painful memories from her past, Renata (Laura Dern) deals with the fallout from her husband Gordon’s (Jeffrey Nordling) legal troubles and attempts to help Celeste (Nicole Kidman). And, yes, Madeline’s (Reese Witherspoon) marriage continues to deteriorate.

When Witherspoon isn’t on the set of Big Little Lies, she’s enjoying the summer with her real family and friends. She and her 15-year-old son Deacon Phillippe are jumping off boats into a clear blue water.

And in the video above, the mother of three is seen and heard yelling as she slides down a 3-story water slide. She accepted the challenge issued by her two teenage kids (Ava is 19) and was “hyped by friend” Sara Blakely, founder and CEO of Spanx. Mother of four Blakely filmed the action shot.