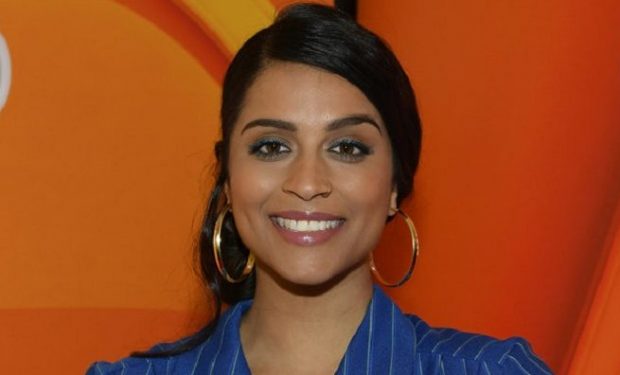 Entertainer Lilly Singh is psyched about her new gig on NBC. The 30-year-old Canadian-born comedian who launched her career as a YouTube star is getting her own late night talk show, A Little Late with Lilly Singh, which premieres Sunday, September 16. (It’s replacing Last Call with Carson Daly, which has been on air since 2002.)

Knowing that her life is about to get a whole lot busier, Singh has been spending some down time. Last week, she lounged on an inflatable unicorn with her dog. After that, she went hiking in the desert town of Sedona, Arizona.

Or as she wrote in the caption: “Serving you Magic Mike mountain lewksss from Sedona.” In the photo she’s wearing a crop top which reveals her pieced belly button.

Singh doesn’t often share photos of herself wearing crop tops or sports bras but when she does, the clothing tends to be from actress/fashion icon Selena Gomez’s Puma collection.

P.S. Those black track pants Singh wore in the desert are by Puma x Selena Gomez, too.

A Little Late with Lilly Singh will air each weeknight at 1:37 a.m. ET/PT.