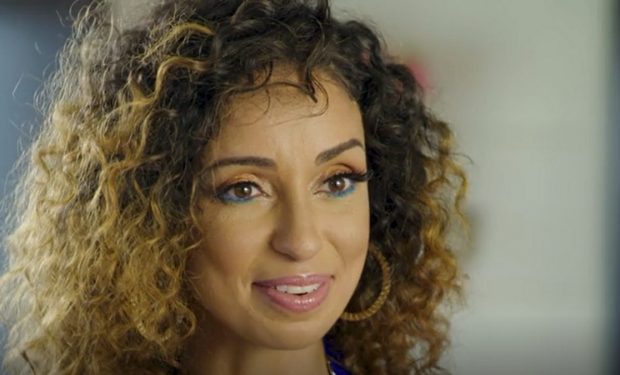 Mya on Girls Cruise on VH1

Rapper Lil’ Kim is the executive producer and star of VH1’s new reality TV series, Girls Cruise. She’s invited a handful of her famous friends to join her on a yacht for a Caribbean vacation including fellow Grammy Award winning Chilli from TLC and Mýa. Together, Lil Kim and Mýa won a Grammy for their rendition of Patti Labelle’s song “Lady Marmalade” with Pink and Christina Aguilera in 2002.

The 39-year-old R&B singer is releasing new music — T.K.O. is her most recent album — and touring this summer. For her most recent show in Chicago, Mya wore a gray-haired bob wig with a sexy black bralette by sexy lingerie company La Senza, and hip-hugging cut-out leggings. Girls Cruise airs Mondays at 9 pm on VH1, right after Love and Hip Hop Atlanta. [Watch It Again: Stream VH1 shows anytime — VH1 app is free]