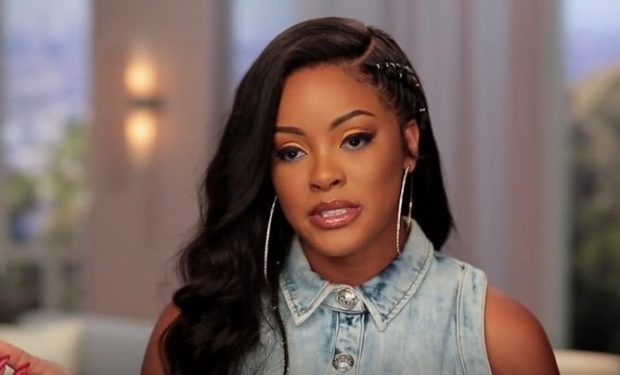 Malaysia on Basketball Wives on VH1

On Season 5 of Basketball Wives, Malaysia Pargo is trying to keep her family together. She recently had a heart-to-heart with her cousin, former NBA LA Lakers coach Byron Scott, to talk about his beef with his daughter-in-law Kristen Scott.

(She’s married to Byron’s son Thomas Scott.) Malaysia then told Kristen what made Byron so mad at her. Kristen accused him of not coming to see her daughter, his granddaughter, Kenzie.

When not filming Basketball Wives, Malaysia is stopping traffic on the streets of Los Angeles. In the photo above, she wears a tight denim mini dress and leaves the top two buttons undone as she licks an ice cream cone.

It’s not the first time Malaysia has literally stopped traffic by simply crossing the street! Basketball Wives airs Wednesdays at 8 pm on Lifetime.