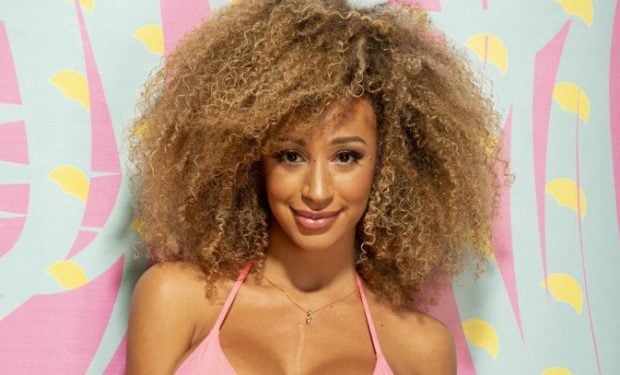 Eleven gorgeous single people are gathering in on a beach in the exotic country of Fiji to find love on the new matchmaking TV show, Love Island. On the season premiere (Tuesday, July 9), the equally gorgeous host Arielle Vandenberg will introduce the five men and six women, including Caroline “Caro” Viehweg.

Caro is a 21-year-old marketing student living in Los Angeles who’s looking for a guy who’s “spiritual, loving, friendly, funny and authentic.” She brings a lot of optimism with her wherever she goes after facing a life-threatening medical condition.

In 2016, Caro had a 10-15cm-wide (4 to 6 inch) teratoma tumor removed from her chest (it was found between her lungs). She says it was one of the scariest things she went through. She also encourages people with scars (like the one she has on her chest) to be proud: “EMBRACE IT, ITS YOUR VICTORY!!!” Love Island airs weekdays at 8 pm on CBS. [NOTE: Stream Love Island or any CBS show through Amazon Prime or CBS ALL-ACCESS with free trials.]

Caro talks about the discovery of the tumor, preparing for the surgery, and all the worry that followed, in the video below.