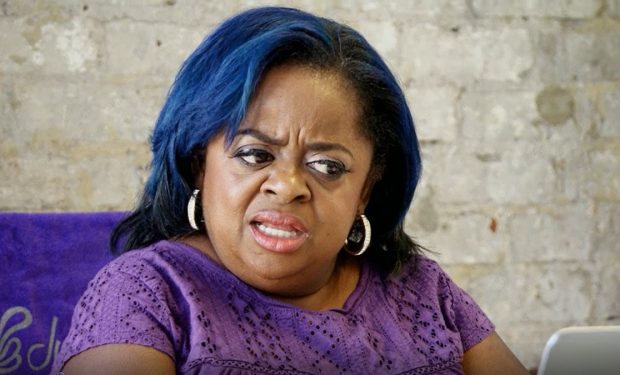 In the Little Women: Atlanta episode “The Final Count,” it’s time for The Street Execs to decide which musical artist gets to go on the national tour. When Juicy finds out that Bri (Left Cheek) missed rehearsal, she gets her on a video call and asks her why she wasn’t there. Bri says she’s in Dallas because Emily (Right Cheek) is about to have her baby, a week earlier than expected. Bri tells Juicy that Emily has Braxton Hicks.

Braxton Hicks are contractions (when the muscles of the uterus tighten) that can last from 30 seconds to as long as two minutes. According to WebMD, while Braxton Hicks contractions may be uncomfortable, but they do not cause labor or open the cervix.

In the exclusive video above, although Juicy tells Bri “You gotta do what you gotta do,” she’s clearly not pleased with the fact that Bri will likely miss the show. “Now, this is not good,” Juicy tells the camera. “I’m worried about Emily’s health and all but Bri might not be able to perform for Al. Once again, she’s sacrificing her career for Emily.