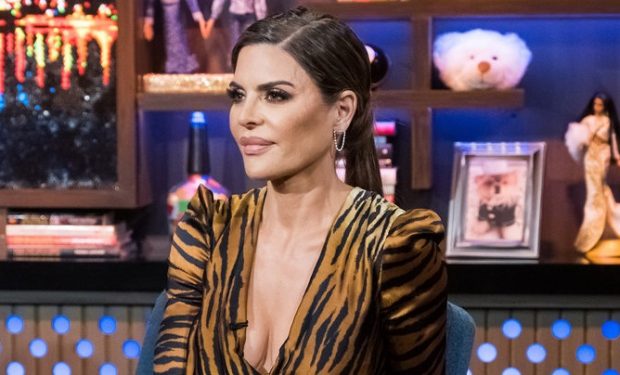 While the ladies of The Real Housewives of Beverly Hills are going at each other’s throats at the reunion with Andy Cohen, Lisa Rinna’s daughter Amelia Gray Hamlin is living the life. She’s sitting at a beach bar at Le Club 55 – one of the hottest celebrity vacation spots in the South of France (Saint-Tropez) – and looking fabulous in a green string bikini.

The Saint Tropez beach was popularized in the 1956 film ‘…And God Created Woman‘ which launched the career of French movie star Brigitte Bardot and her “sex kitten” persona. The plot is summarized on imdb as: “In sunny St. Tropez, a young sexpot loves one brother but marries the other.” In the film, Bardot stars as Juliette, an 18-year-old orphan with a high level of sexual energy.

The perfectly groomed Amelia (her green sunglasses match her swimsuit!) writes: “Here’s a photo of my terrible posture.” Below are more photos of her in bikinis but standing taller…

The Real Housewives of Beverly Hills airs Tuesdays at 9 pm on Bravo.