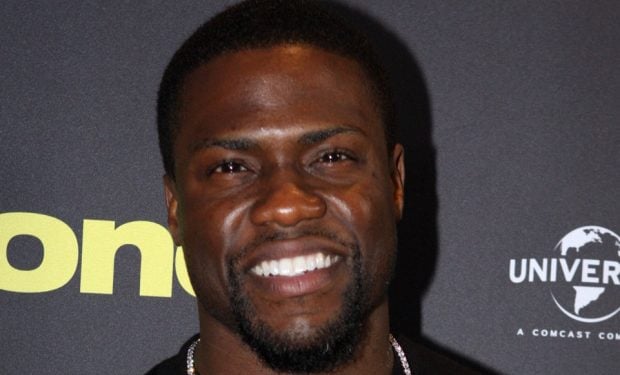 Hollywood movie star and stand-up comedian Kevin Hart turned 40 on July 6. On his Laugh Out Loud Sirius XM radio show, “Straight From the Hart,” he shared wild stories about his birthday party at TAO in Los Angeles.

He says his friend Joey was holding him up (physically) but when he let go, “I almost fell.” Good thing Joey caught him. That’s when the comedian realized “I couldn’t stand up on my own,” and said to himself “I’m getting the f—k out of here.” Hart realized if he stayed, he would have probably passed out on the floor and someone would have had to carry him out and the paparazzi outside would have a field day.

In the post above, Hart playfully blames Michael Rubin, co-owner of the NBA’s Philadelphia 76ers, with a series of emojis with tears of joy. Rubin says Hart is lucky he only drank “between 10-15 shots vs. the 20 plus I had planned!”

P.S. Hart will appear next on the big screen in Jumanji: The Next Level. But his next role is serious one. He’s currently filming Fatherhood with former stand-up comedian Paul Reiser. Hart plays a father who’s grieving the death of his wife one day after she gives birth to their daughter. Alfre Woodard, Lil Rel Howery, also star.