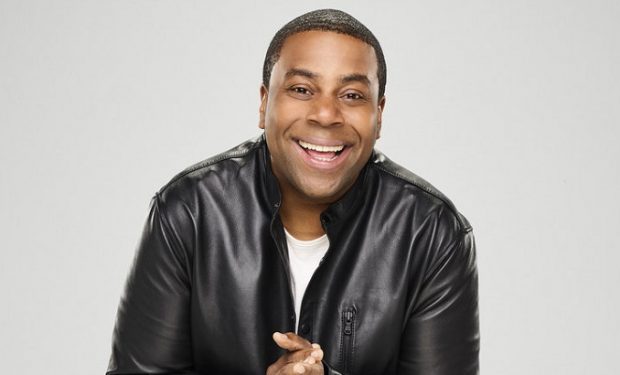 NBC’s new TV talent competition show Bring the Funny shines a light on emerging stars in the world of stand-up comedy. Sketch troupes and comedic variety acts are featured. Anyone who can make all three judges laugh will have the chance to win the grand prize of $250,000. The judges are “Redneck” stand-up comedian Jeff Foxworthy, “the voice of the people” Chrissy Teigen, and former Saturday Night Live star Kenan Thompson.

When not on TV or a stage, Thompson, 41, is spending time with his gorgeous wife of almost eight years, model Christina Evangeline, 30, mother of his two adorable daughters (ages 5 and 1). She has a number of tattoos — see stomach, inner arm and shoulder.

Bring the Funny airs Tuesdays at 10 pm on NBC.