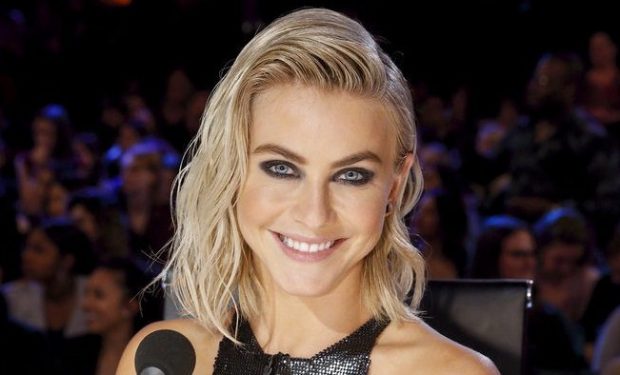 Hours before NBC airs the sixth night of auditions for Season 14 of America’s Got Talent, former Dancing with the Stars pro and rookie AGT judge Julianne Hough was caught “booty dancin’ and booty pinchin'” backstage.

Wearing that sexy, sparkly silver mini dress of her’s, someone filmed her as she did a little booty dance and then playfully spanked and pinched the rock hard bum of her handsome husband of almost two years, Canadian professional ice hockey player Brooks Laich.

What’s even funnier than the video is the music selection. That song is “Right Tonight” by Spank. What’s in Laich’s giant backpack remains a mystery. America’s Got Talent airs Tuesdays at 8 pm on NBC.