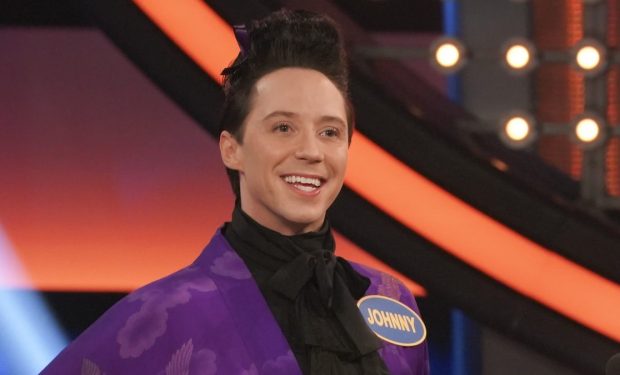 When Johnny, who’s wearing a purple kimono and matching ribbon in his highly coiffed hair, and Tara approach the podium, Weir addresses the crowd and says how awkward it is to play against Tara. “We’re never across the table (from each other), we’re usually fanny packed in together.”

When host Steve Harvey repeats “fanny packed in together” while cracking up and hitting the podium with his open hand, Johnny asks, “You like that one, Steve?” He keeps laughing, “Hell, yeah.”