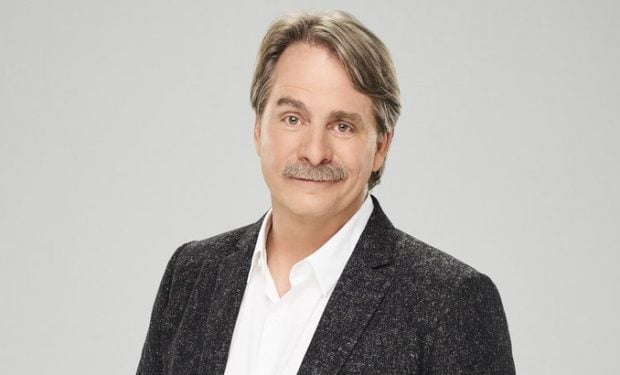 NBC’s new TV talent competition show Bring the Funny features the best of the best stand-ups, sketch troupes and comedic variety acts. From solo comics to sketch stars — anyone who can make audiences laugh will have the chance to win the grand prize of $250,000.

“Redneck” stand-up comedian Jeff Foxworthy is one of the judges with former Saturday Night Live star Kenan Thompson, and “the voice of the people” (and wife of John Legend) Chrissy Teigen.

Before the premiere of Bring The Funny (Tuesday, July 9 at 10 pm on NBC), Foxworthy congratulated his daughter Jules Foxworthy Corley on her first wedding anniversary. He posted the photo above and wrote: “One year ago today my wonderful daughter traded her inheritance in for a fabulous wedding. Happy Anniversary kids!”

Her wedding was held at Sea Island, Georgia, which includes five miles of private beach.