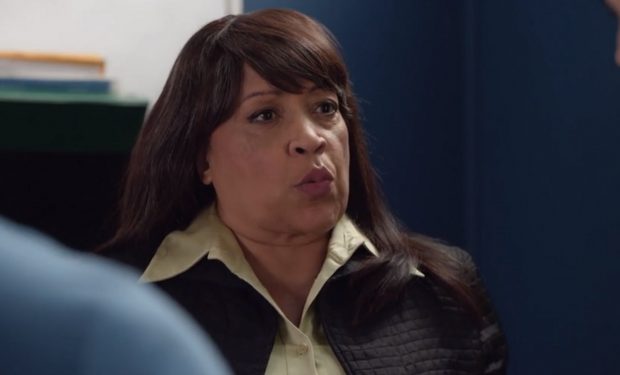 Jackee Harry in The Wrong Tutor on Lifetime

Actress Vivica A. Fox continues to slay in the Lifetime TV movie series The Wrong Summer. In The Wrong Tutor, she plays Carol, the mother of Eric (Nate Wyatt), star of the high school soccer team who’s failing his classes. Carol hires Emily (Ivy Matheson) as a tutor to help Eric, not knowing that Emily wants to be with Eric, is diabolical, and carries a giant knife. The principal of Eric’s high school, Ms. Callahan, is portrayed by the one and only Jackée Harry.

Emmy Award-winning actress Jackée Harry is known for her roles on The Paynes (JoAnn Payne), The First Family (Paula), Everybody Hates Chris (Vanessa), Sister, Sister (Lisa Landry), 227 (Sandra Clark), and Another World (Lily Mason), among others.

The Wrong Tutor premieres on Lifetime on Friday, July 26 at 8 pm.